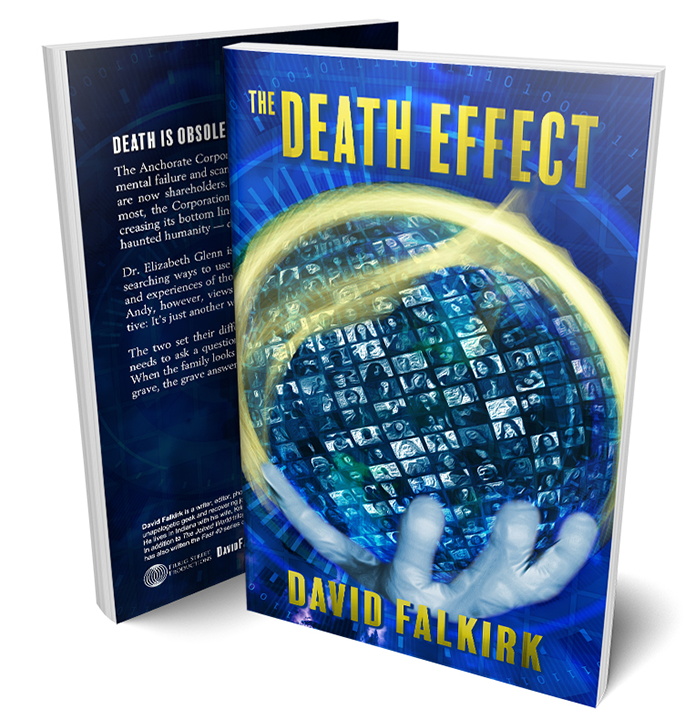 The Anchorate Corporation rose from the ashes of governmental failure and scandal. Democracy is gone, and citizens are now shareholders. While profits have been good for most, the Corporation is on the cusp of exponentially increasing its bottom line by defeating a foe that has forever haunted humanity — death itself.

Dr. Elizabeth Glenn is on the frontlines of this battle, researching ways to use technology to rescue the memories and experiences of those who have passed on. Her brother Andy, however, views her work from a different perspective: It’s just another way for Anchorate to own humanity.

The two set their differences aside for their mother, who needs to ask a question only their dead father can answer. When the family looks for the information he’s taken to the grave, the grave answers — and nothing will be the same.